Reinhold MESSNER is the living legend in the world climbing community who made the first ascent of Everest without supplemental oxygen, and was the first mountaineer to ascend all fourteen peaks over 8,000 meters above sea level in Himalayas. He has written about 70 books since 1974 and has been running Messner Mountain Museums and Messner Mountain Foundation for the Himalayan people since 2003. 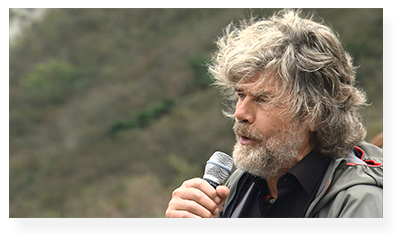 Rick RIDGEWAY from Son of the Earth is the first recipient of the Ulju Mountain Culture Awards. As a mountaineer and environmental activist, he succeeded in the ascent of K2 without supplemental oxygen for the first time among American mountaineers, and has been dedicating to the environmental issues since the mid-1990s. He joined the board of directors in Patagonia, an outdoor brand, in 2000, and shifted to his current position as the company’s VP of Environmental Affairs.

Rick RIDGEWAY is a writer and motion picture producer as well and has been recording his mountaineering life in writings, pictures and films. When he received the Award in 2017, he shared his philosophy as a mountaineer and environmentalist in a lecture and exhibitions, which drew much attention from various people. He donated all the cash award to the environmental activist groups in Korea.
He has written six books and produced about twenty films so far and received the National Geographic’s Lifetime Achievement in Adventure Award and an Emmy Award. 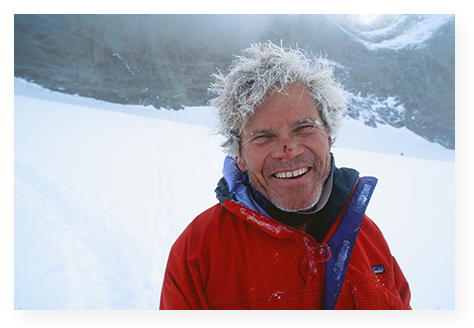 The second recipient of Ulju Mountain Culture Awards is Sir. Chris BONINGTON who was knighted for his mountaineering achievements in 1996 by the royal Queen of the United Kingdom. He is the first professional mountaineer who pursued future-oriented mountaineering. Since 1963, he made the first ascents to the Central Tower of Paine, Patagonia and Nuptse, and opened a new phase to the big wall climbing in Himalayas by succeeding the first ascents to the south face of Annapurna and the southwest face of Everest as well. At the age of eighty, he climbed the “Old Man of Hoy” in the UK and inspired the world with never-resting frontier and adventure spirit.

Despite his busy schedule, he took part in all the events he was expected including the opening ceremony, press conference, lecture, exhibitions and the audience meetings after the screenings, among which the press conference and lecture are still remembered by many as they lasted longer than two passionate hours. 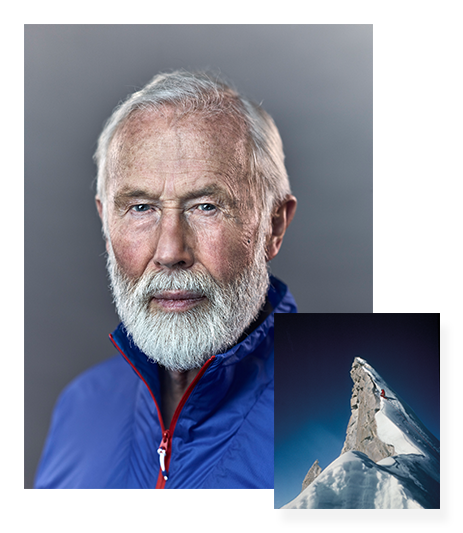 Kurt DIEMBERGER is the only living person who has made the historical first ascents on two mountains over 8,000 meters among the 14 Eight Thousanders. He has made a number of movies and worked on several film projects including his career in the American Everest Expedition in 1981 joining as a cinematographer, which led him to be the world-renowned professional cinematographer on high-mountain filming area and gave him the honor of being called “the Filmmaker of the 8000s” which means the cinematographer on the highest mountains.

Kurt DIEMBERGER has also been honored with various prizes including the Piolet d'Or Lifetime Achievement Award in 2013 and the Grand Prize at the 2018 International Alliance for Mountain Film. Among a total of 33 films he produced throughout his film career, two were screened in the 4th Ulju Mountain Film Festival. Those were K2 - Mountain of Dreams and Destiny and Mountain of Crystal. He is still active in international mountain film festivals and mountain forums giving speeches and introducing films. His presence in the previous Ulju Mountain Film Festival is still remembered by many international mountaineers and thus has been making a huge contribution to the promotion of the Festival.